Love, Diana Mashup Dolls are great for when you want to play dress up with your dolls. She can switch between 2 looks, Party look or Mermaid! Diana’s Mashups feature surprises which can switch her look! Open up Diana’s gift box, hat box and shoe box, then transform her outfit to reveal her surprise mashup outfit!

Is Diana dressed for a party or is she a mermaid? Why not both! Open up Diana’s hat box and shoe box to reveal her mashup outfit!

Watch as Diana transforms from her party dress in to a beautiful mermaid! You can style Diana’s hair with the hairbrush! The handle on the box also becomes a colourful bracelet for you! 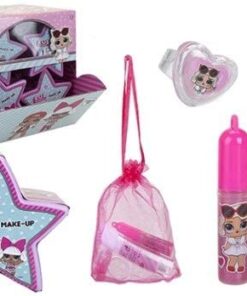